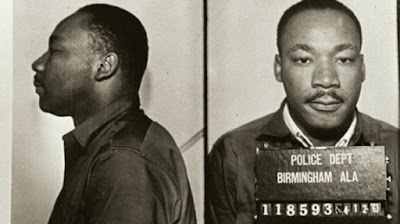 Martin Luther King Jr. has been made tame, made safe. Where he was once a burr and a bone of contention and challenge, he’s now respectable and honored. Perhaps we’ve lost something in his elevation. Read through his sermon “Standing by the Best in a Time of Evil” (August 6, 1967 – Ebenezer Baptist Church, Atlanta, Georgia).

Notice that he says, “The judgment of God is on America now.”

“Oh I weep for my nation. And I must think about the fact that I live in a country that is the greatest purveyor of violence in the world. … And I’ll tell you my friends I’m going to stand by my convictions. I’m going to stand by the principle that the Spirit is mightier than the sword. The judgement of God is on America now. “(page 6 of 9)

In the relatively recent past, The Reverend Jeremiah Wright was vilified by white Christians in America for his “God damn, America” sermon.  But read the full text (and not just the out-of-context inflammatory sound bite…). 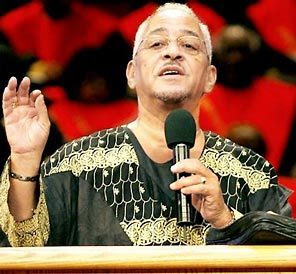 Is there a significant difference between what Martin Luther King jr (now safe, and respectably in his grave) said and what Jeremiah Wright said? No. Not really. So… should Wright have been treated with more respect – with a larger measure of the respect we now give to Martin Luther King Jr.? Probably.

But, then again, perhaps we shouldn’t have allowed Martin Luther King Jr to have been tamed, to have been made safe.
at 10:47 PM