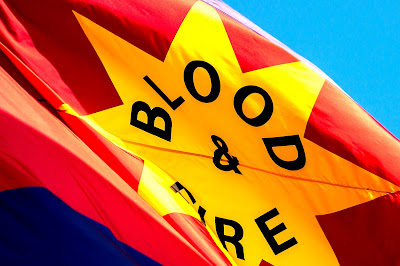 We believe that the Scriptures of the Old and New Testaments were given by inspiration of God, and that they only constitute the Divine rule of Christian faith and practice.

Well, Inspiration is a notoriously slippery idea. What does it mean? Literally we might read it as “God breathed” but, while this is a vibrant and vivid poetic image, it doesn’t actually pin it down. (And, perhaps that is the point…)

All scripture is given by inspiration of God, and is profitable for doctrine, for reproof, for correction, for instruction in righteousness: That the man of God may be perfect, thoroughly furnished unto all good works. 2 Timothy 3:16–3:17

For some, “inspired” and “God breathed” means perfect, inerrant, without flaw, without mistake, handed down from God himself. In the Salvation Army we try to be a little more nuanced than that. We don’t hold to the idea that God dictated the scriptures; neither do we hold the slightly more relaxed idea of Verbal Plenary Inspiration–which allows the human authors of the bible to have some control over the writing, while God preserved the integrity of their writing without error or mistakes.  Remember that Adam, too, was “inspired” by God but that didn’t prevent him from making mistakes…

But neither do we go so far the other way to deny any Divine influence over the scriptures. As stated in the doctrine, we hold that the scriptures are inspired and that they do hold a place of authority in our lives.

“The Salvation Army’s statement of faith does not include any reference to the infallibility or inerrancy of Scripture.  What we do affirm is that we can rely upon the Scriptures of the Old and New Testaments for instruction and guidance in matters of divine truth and the Christian life, because in Scripture we meet the inspired Word of God himself, Jesus Christ (Handbook of Doctrine, 13)”[i]

Suddenly it seems that there is very much to interpret. We need to read the scriptures carefully – with an awareness that they were written a long time ago, over a long period of time, by a variety of individuals from different backgrounds, in different languages, with different goals and expectations.  In fact, we should not think of the Bible as a book. We should realize that is a library in itself. And not all the voices represented in that library agree in every respect with every other voice in the library.

There are disagreements and arguments even within the scriptures about what these scriptures mean.

It is not possible to simply cut the doctrines and dogmas described in the pages of scripture from their context and then paste them over our contemporary lives. The laws and codes of Bronze and Iron Age cultures are not applicable to modern people – not, at least, without interpretation.

We believe that these scriptures are ours from God, and that they are the guiding rules for our lives, but it is our responsibility to carefully examine them and to reverently interpret them; seeking to understand the holiness that underlies those ancient codes and stories and proverbs so that we might find ways to faithfully apply them in our world today – in situations that the biblical authors could never have imagined.


[i] Salvation Story: Salvationist Handbook of Doctrine, The Salvation Army International Headquarters, London England, 1998.
[ii] Stark, Thom The Human Faces of God: What Scripture Reveals When It Gets God Wrong (And Why Inerrancy Tries To Hide It) Wipf & Stock, 2011